Advocacy group Bahrain Watch announced today that the #StopTheShipment campaign it launched two months ago to prevent a massive shipment of tear gas to Bahrain, has achieved a major milestone.  The Financial Times reported today that South Korea’s Defence Acquisition Program Administration (DAPA) denied two requests to export tear gas to Bahrain due to the “unstable politics in the country [Bahrain], people’s death due to tear gas and complaints from human rights groups”.

The campaign initially targeted all of Bahrain’s tear gas suppliers, but zeroed in on South Korea after DAPA confirmed in October that it was considering a request to export tear gas to Bahrain from an unnamed Korean company, suspected to be DaeKwang Chemical Corporation. The shipment was believed to comprise in excess of 1.6 million rounds of tear gas based on a leaked tender document from a source close to Bahrain’s Ministry of Interior.  However, in today’s Financial Times article DaeKwang’s CEO said that as part of the deal, which was worth USD $28 million, the Bahraini government was planning to buy 3 million tear gas canisters – around 4 canisters for each Bahraini citizen. DAPA’s decision to cease exports means that this tear gas will not reach Bahrain.

South Korea joins other countries including the United States and United Kingdom, who have already stopped tear gas exports to Bahrain due to human rights concerns.  Since 2011, at least 39 deaths in Bahrain have been linked to misuse of tear gas, according to data compiled by Physicians for Human Rights (PHR).  The deaths include 14 year old Ali Jawad al-Shaikh who was shot in the back of his neck with a tear gas canister, and 15 year old Sayed Hashim Saeed, also shot in his neck with a tear gas canister at close range.  No police officer or other government official in Bahrain has been held accountable for these or any other abuses due to the systematic misuse of tear gas, despite serious concerns raised by the United Nations Human Rights Council and the well-documented accounts that described the Bahraini government’s use of tear gas as “unnecessary, indiscriminate” and “lethal”. 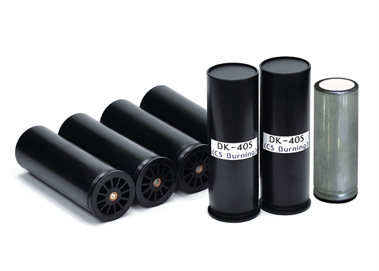 Thanks to participation and solidarity from around the world, #StopTheShipment prevented a South Korean company from sending millions more of these tear gas canisters to Bahrain

Over the past two months, the #StopTheShipment campaign has gained widespread support in Bahrain and around the world, which involved protests on the ground both in London and Seoul.  Participants in the campaign placed calls, and sent over 390,000 emails to the Korean government.  The action against Korean tear gas exports culminated in complaints lodged with the OECD, and five UN Special Rapporteurs, by a Bahrain Watch legal team.  The legal team consists of Michael Mansfield QC, Daniel Carey (DPG Law), Mark MacDonald, James Suzano (ADHRB), Ahmed Ali (Bahrain Watch), and Bahrain Watch interns Yousif al-Saraf, Nozgul Ali, and Ali Alibahai.

Since concerns have been raised that Korean companies could try to export a shipment ultimately destined for Bahrain through a third-party via another country, the legal team will continue to follow up with such legal complaints to prevent any third-party exports to the Bahraini government.  #StopTheShipment will also continue to target Bahrain’s other tear gas suppliers, including South African/German company Rheinmetall Denel Munitions.

Bahrain Watch issued the following statement:  “This suspension of tear gas shipments to Bahrain is a victory for human rights and a successful outcome for the #StopTheShipment campaign, which began in October. The South Korean government is wise to heed the calls of Bahrainis to end the export of tear gas to their government that has been systematically and routinely misusing it as a weapon oppression and collective punishment. We hope this step will be the beginning of the end to the untold suffering, the deaths, injuries and illnesses related to tear gas abuse. This is also a clear message to any other country considering supplying tear gas to the Bahraini government that profiting from repression is unacceptable.”

Sarah Waldron from Campaign Against the Arms Trade said: “This is a major victory for the human rights movement and shows what we can do when we work across borders and support each other. It is utterly unacceptable for any government to prioritise their short term sales over the safety and human rights of people living under oppression. This is a great result for the campaign, but we need to build on it and make sure that human rights are at the centre of our trading policies. Any government which supports arms sales to Bahrain is also offering moral and practical support to an authoritarian regime that is abusing its own citizens.”

Solicitor Daniel Carey from the legal team said: “The South Korean Government’s decision doesn’t just reflect good governance. International human rights law requires states to prevent the supply of tear gas to countries such as Bahrain, which has deployed it against civilian populations causing systematic loss of life, inhuman treatment and disproportionate interferences with the freedoms of expression and assembly. Those obligations apply with equal force to any other state whose arms industry is now contemplating filling this ‘gap in the market’. Our complaints to the UN Special Rapporteurs also apply to them.”

Husain Abdullah from Americans for Democracy and Human Rights said: “The signal that the halting of this shipment sends is unequivocal: that the persistent misuse of teargas as a form of collective punishment and repression against the Bahraini people will not be tolerated. Although much work remains to address systematic human rights abuses in Bahrain, stopping this shipment is an important step toward addressing the culture of impunity that the Government of Bahrain and its weapons suppliers are accustomed to.”

Bahrain Watch launched the #StopTheShipment campaign in cooperation with Campaign Against Arms Trade (CAAT), Americans for Democracy and Human Rights in Bahrain (ADHRB), and the Bahrain Center for Human Rights (BCHR).  Bahrain Watch is grateful for the widespread support from key partners and endorsers, without which the campaign could not have succeeded.

Special thanks go to (in no particular order):

Bahrain Watch is a monitoring and advocacy group that seeks to promote effective, accountable, and transparent governance in Bahrain through research and evidence-based advocacy.  For more info visit: https://bahrainwatch.org/about.asp