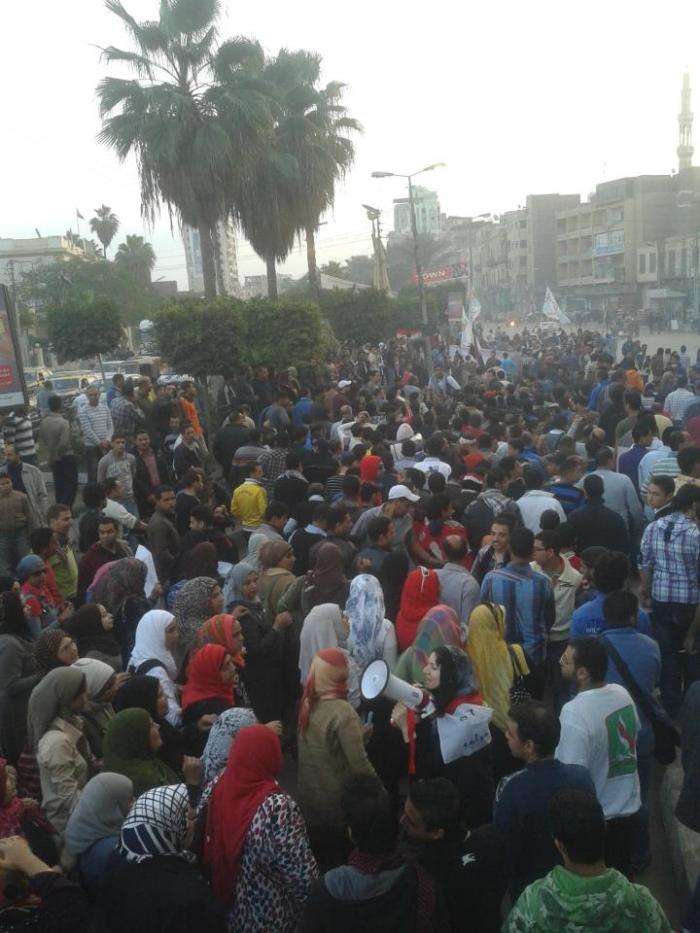 Thousands of workers from Misr Spinning in Mahalla al-Kubra protested against the Constitutional Declaration by Egyptian President Mohamed Morsy on Tuesday. Workers rallied as they ended their shift and were joined by townspeople in a march which quickly swelled to more than 5,000 strong.

As the protestors reached Shoun Square in the town centre they were attacked by supporters of the Muslim Brotherhood’s Freedom and Justice Party, who threw fireworks at them. The demonstrators answered with stones and molotov cocktails (film below).

The mobilisation by the Mahalla workers marks a new stage in the current protests, and shows the potential for other sections of the workers’ movement to join the revolutionary mobilisation. The independent unions have also called on their members to join the movement, and workers’ leaders condemned Morsy’s recent moves to repress striking workers.

3 thoughts on “Egypt: Thousands of Mahalla workers march against Morsy”