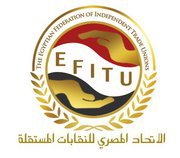 The Egyptian Federation of Independent Trade Unions (EFITU) issued a statement on Sunday, rejecting the Consitutional Declaration announced by President Mohamed Morsi and calling on workers to mobilise against the decree. Mass demonstrations have been called by opposition groups in protest at Morsi’s announcement.

When we heard about the Constitutional Declaration issued by President Mohamed Morsi on 21 November, all of us starting asking our colleagues:

“What has this declaration got to do with us?” “Will it be useful for us, or against our interests?”

Let’s look together at what is in the declaration, and what the president said in his speech in front of the Ittihadiyya Palace in front of his supporters.

The draft of this constitution ties the hands of the government and prevents it from taking any action to re-open companies which have been shut down, or saving their jobs, or winning back their rights.

Likewise the draft constitution cancels the quota of workers and peasants’ representation in parliament and the Shura Council. There will be no-one at all to defend the rights of everyone who works in Egypt, like our right to have a Labour Law to replace the unjust Law 12 of 2003, or a genuine law on the minimum and maximum wage, or social security, or universal health care for all citizens, or any of the other laws which protect many of the rights of hard-working people.

The first law which the president issued after the Constitutional Declaration was Law 97 of 2012 which amended Law 35 of 1976 on trade unions. What we fear is that this amendment will be used to replace the heads of the Egyptian Trade Union Federation who stayed in post with the help of Mubarak’s governments, and are now past retirement age, with new leaders from the Muslim Brotherhood, affiliated with the new regime.

There is much which could be said on this, but we will just say briefly:

We have been prosecuted, detained, suspended from work, transferred and victimised because we practised our rights to strike and found trade unions. Why have we been waiting for two years while the government has not issued a law on trade union freedoms, but has instead rushed out a law in the name of protecting the revolution which criminalises strikes and sit-ins? How can they put strikers side-by-side with drug dealers and currency traders? Are we going to carry on saying “it’s none of our business?”

“No – this is our business!” These decisions are a direct attack on our interests. That’s why we have to stand and fight. That’s why we can’t let the president grab these powers for himself, and protect the Constituent Assembly and Shura Council from dissolution.

We call on honourable workers across the whole labour movement – whether in the independent unions or those in the unions attached to the Egyptian Trade Union Federation who are honourable and want to fight back – to come into the streets and join the protestors’ sit-ins, to gather as workers and raise these slogans on their banners:

Workers of Egypt unite … for our beloved Egypt and for all our rights!