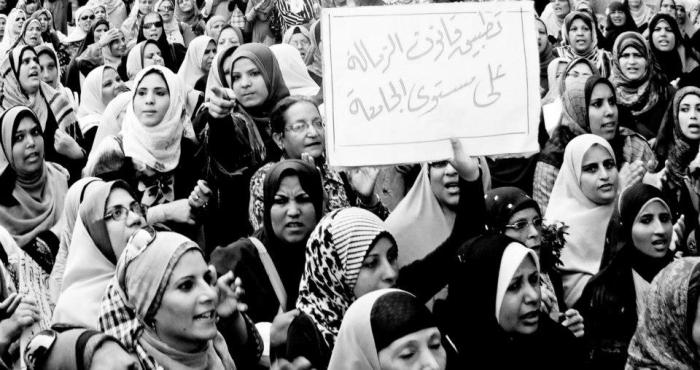 Co-ordinated national strike action by university workers across Egypt greeted the first day of the new academic year. The Coalition of University Workers set 15 – 17 September as strike days, and planned escalation to an open-ended sit-in outside the Cabinet offices on 18 September. The Coalition represents non-academic staff and is calling for equalisation of their terms and conditions with academic staff.

Demands agreed at a meeting held at Ain Shams University on 10 September include:

What you can do: send messages of support to Egyptian university workers using our solidarity toolkit or leave a message in the comments on this article.