According to media sources, arrest warrants have been issued for Haitham Mohamedain, labour lawyer and leading member of the Revolutionary Socialists, and Sharif al-Roubi, a leader of the 6 April Youth Movement – Democratic Front. They are among a group of well-known activists who have been targeted for defying the anti-protest law which came into force last week, and are playing a leading role in the Revolutionaries coalition (Thuwar).

Blogger Alaa Abdel-Fattah, who was imprisoned under Mubarak, and during the first phase of military rule in 2011, has already been detained for 15 days on charges of inciting protests. Ahmed Maher, one of the founders of the 6 April Youth Movement and another well-known revolutionary activist, was detained and released.

Thousands have taken to the streets and university campuses in recent weeks in protest at the deepening repression. 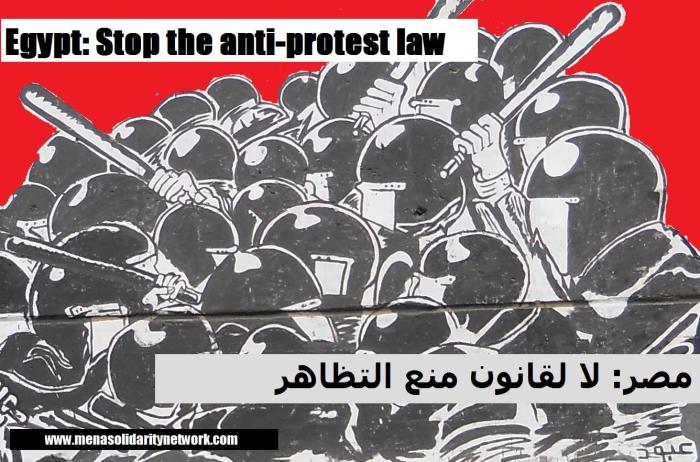