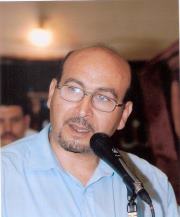 The Independent Teachers’ Union in Egypt called on its members to join protests against the Constitutional Declaration announced last week by President Mohamed Morsi.

In a statement issued on Sunday 25 November, the union condemned the “dictatorial decisions” adding “we reject the new Pharaoh, we reject those who who would trade in the blood of the martyrs.”

“These decisions were made by a head of state who came to power through elections, the results of which everyone accepted, and which appeared to mark the restoration of a state of law. … but as soon as he and his organisation came to power they forgot what they had promised, and forgot that the people had offered up martyrs in the cause of dignity, freedom, bread and social justice.”